Researchers Say They've Found Common Cause of All Types of ALS 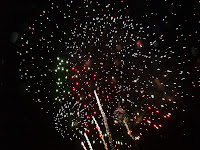 SUNDAY, Aug. 21 (HealthDay News) -- The apparent discovery of a common cause of all forms of amyotrophic lateral sclerosis (ALS) could give a boost to efforts to find a treatment for the fatal neurodegenerative disease, a new study contends.
Scientists have long struggled to identify the underlying disease process of ALS (also known as Lou Gehrig's disease) and weren't even sure that a common disease process was associated with all forms of ALS.
In this new study, Northwestern University researchers said they found that the basis of ALS is a malfunctioning protein recycling system in the neurons of the brain and spinal cord. Efficient recycling of the protein building blocks in the neurons are critical for optimal functioning of the neurons. They become severely damaged when they can't repair or maintain themselves.
This problem occurs in all three types of ALS: hereditary, sporadic and ALS that targets the brain, the researchers said.
The discovery, published Aug. 21 in the journal Nature, shows that all forms of ALS share an underlying cause and offers a common target for drug therapy, according to the researchers.
"This opens up a whole new field for finding an effective treatment for ALS," study senior author Dr. Teepu Siddique, of the Davee Department of Neurology and Clinical Neurosciences at Northwestern's Feinberg School of Medicine, said in a university news release. "We can now test for drugs that would regulate this protein pathway or optimize it, so it functions as it should in a normal state."
This finding about the breakdown of protein recycling in ALS may also prove useful in the study of other neurodegenerative diseases, specifically Alzheimer's and other dementias, the Northwestern researchers said.
ALS afflicts an estimated 350,000 people around the world. About 50 percent of patients die within three years of the first symptoms. They progressively lose muscle strength until they're paralyzed and can't move, speak, swallow and breathe, the researchers said.
More information
The U.S. National Institute of Neurological Disorders and Stroke has more about ALS.
Posted by Unknown No comments:

I watch Security Now... fun, geeky and educational (if u like computers)
Posted by Unknown No comments: