The Phase II trial will be 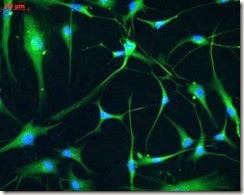 Dana-Farber Cancer Institute's Connell O'Reilly Cell Manipulation Core Facility will manufacture BrainStorm's NurOwn cells for these two clinical sites. The trial will also be conducted at the Mayo Clinic, the Israel-based company said on Sunday. The trials are expected to start soon.

This trial will be the first Phase II double-blinded stem cell study to be conducted for ALS, he added.

ALS, also known as Lou Gehrig's Disease, is a progressive neurodegenerative disease that affects nerve cells in the brain and spinal cord.

BrainStorm's Phase II trial is designed to evaluate the safety and efficacy of transplantation of the stem cells in 48 ALS patients. The cells will be administered via intramuscular and intrathecal injection.

Earlier clinical trials have shown that treatment with NurOwn cells was well tolerated and safe.