Why Can't They Just All Get along?

at 3:16 PM
For years now. I have not been able to understand why ALSA, MDA, ALS TDI and a handful of other support/research groups have not been able to get along and coordinate their support and "primarily" research. They each collect their own money, have their own fundraisers create their own research centers and, while this seems fine, at least you would expect them all to share information. This is not the case. Recently I found out that ALS TDI one of the leading research centers for specifically ALS in the world has not received one penny from ALSA. Being that ALSA is one of the #1 fund raiser in the United States, if not second with MDA, I find it hard to believe that none of their resources are directed toward ALS TDI.

As a patient. I find this extremely frustrating and using examples from other diseases, I don't really understand the reasoning or politics behind it. Cancer research centers cross communicate, Parkinson's, Alzheimer's and multiple sclerosis groups seem to share at least basic knowledge of trials and drug candidates. I also became aware of a Facebook group which has the sole mission of boycotting ALSA, National due to its inability to use funds for "significant" research. Don't get me wrong, ALSA on the local level is extremely helpful and useful when it comes to patient and caregiver support, but of course they're not involved with research. Our family receives tremendous support from our local Rocky Mountains Chapter.

This all became very apparent to me in the preceding months before our CBS special, Live for the Moment (LF TM), which aired on January 28, 2010. In order to make the most out of the show and its slot on primetime Thursday night CBS television, I began working very hard to make ALS TDI, ALSA and MDA aware of it. I was very successful in getting buy-in from ALS TDI and their full support to put the show's logo on their website. ALSA national also was very eager to promote the show and had a write up and logo on their front page as well. It was a little bit more difficult with MDA due to the way it was handled between their representative and the CBS. (A long story). In the many writeups and comments from the ALS community that followed, ALSA was criticized for not buying airtime just after the show as a public awareness opportunity and a chance to point people to websites where they could donate time and money.

I'm not quite sure what can be done in order to encourage the primary groups to engage one another more frequently and at a greater depth. The willingness also doesn't go both ways equally. What I mean is, ALS TDI is extremely willing to work with ALSA and MDA, and in the case of MDA, they have the Augie's Quest initiative, which does donate considerable funds to ALS TDI in Boston, Massachusetts. However, ALSA seems to be an organization that is closed and operating primarily within its own boundaries. If this is not the case, I have failed to find evidence of it on their prep site.

Some groups focus on caregiver assistance and equipment for patients along with the fundraisers and awareness events to raise money for the use activities. Other groups focus solely on therapeutics such as the Therapy Development Institute. MDA and ALSA are organizations that try to do both and it would be far more effective to funnel all funding into, one highly capable organization. Maybe the funding would reach such a level that the government would take notice and match or contribute additional funds. There are multiple facets to this philosophy such as, if multiple centers are doing the research, then you have multiple approaches and different thought processes going on. But no one seems to have enough money to make headway on their own. Anyway, maybe if all of the research groups were to be housed under one roof and pooled all of the money, then the multiple philosophies and drug approaches would be combined with uninhibited communication between the groups.

Yeah, like that would ever happen in my lifetime…
I would love to hear your comments and read any thoughts you have on this topic.
Posted by Unknown 3 comments:

Thoughts on Lyme disease “or” ALS

at 11:22 PM
I wanted to put my thoughts on this matter on the record.  Before you read too far, let me be clear that I do not believe there are the links that we are led to believe by so many postings on the Internet. I recently posted a video of leg fasciculations on YouTube here.  I received multiple feedbacks as well as many comments about whether or not it could be Lyme disease and not ALS.  In fact, there is an entire movement out there that is convinced that many ALS cases are in fact untreated Lyme or "chronic Lyme".  I have read about people taking large dose intravenous antibiotics (ceftriaxone as talked about in the videos below) in order to combat this. I have first hand knowledge on this (more on that later).  There is also a move to have people believe that various unproven health and "antiaging/nuerological" health supplements sold by many MLM outfits will have you cured and your symptoms reversed lickety-split. Be very wary people.

The majority of contacts I have received always seem to include a segment on how inaccurate and incapable blood tests are at detecting Lyme disease. While it may be true that standard blood tests are inadequate, my interest wanes quickly as I discover that they want me to take a certain supplement, call a certain Dr. or begin some miracle therapy.  I myself, had my blood work done by the premier lab just for this type of test. After also being pulled into this "Lyme" lie/scam/false belief... etc., I had heard of David Martz, MD through a friend and had watched his videos online.  A close friend of mine, also with ALS, was contacted by someone in Texas who had worked with Dr. Martz and his staff out of Creek Trail Medical Clinic in Colorado Springs.  Dr. Martz has since retired and Dr. William Harvey has taken over, at least as of 1 1/2 years ago. 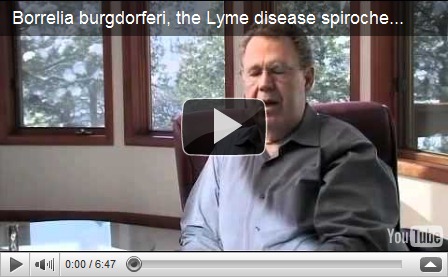 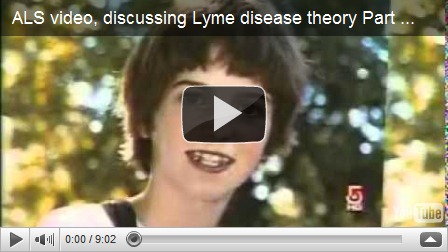 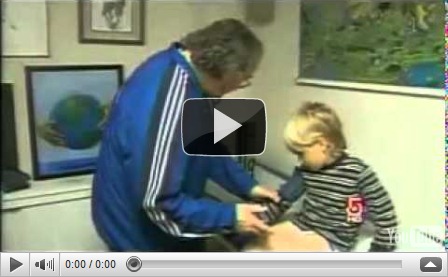 Their theory was also that some bacteria or disease that could be treated with powerful, high dose antibiotics delivered intravenously.  Before treatment, however, both my friend and I had blood drawn and sent off to IGeneX, Inc.  By the way, I also had blood tested at the Houston Medical Center as well as the University of Colorado Medical Center.  Which were also both negative for Lyme. Watch the videos in this post to form your opinion.
With regard to high dose antibiotics delivered intravenously;
…….tbf
Posted by Unknown 1 comment: