A study led by University of British Columbia and Vancouver Coastal Health Research Institute researchers has revealed how the fatal neurodegenerative disease amyotrophic lateral sclerosis (ALS), also known as Lou Gehrig's disease, is transmitted from cell to cell, and suggests the spread of the disease could be blocked. 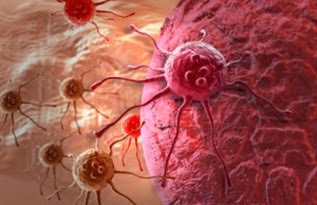 "This work identifies an important piece of the puzzle in determining how the disease is transmitted throughout the nervous system," says lead investigator Dr. Neil Cashman, UBC's Canada Research Chair in Neurodegeneration and Protein Misfolding. "By understanding how this occurs, we can devise the best ways to stop the progressive neurological damage seen in ALS."

The research shows that misfolded non-mutant SOD1 can be transmitted from region to region in the nervous system, offering a molecular explanation for the progressive spread of ALS.

Published today in the Proceedings of the National Academy of Sciences, the study also shows the spread can be blocked using antibodies. Antibodies were specifically raised to bind to regions of SOD1 exposed when it is misfolded, and block its spread. If non-mutant SOD1 misfolding is the cause of ALS, as the study suggests, then the antibodies could arrest ALS progression, the researchers say.

This work builds on previous research in Cashman's lab. ALS is associated with the mutant SOD1 protein (superoxide dismutase 1) and earlier investigations found that the disease-associated mutant SOD1 can induce a change in the shape of other proteins at the molecular level by misfolding inside living cells. The affected proteins then accumulate in ways similar to the process underlying prion diseases – rare, fatal, degenerative brain disorders seen in both humans and animals.

ALS is a disease that affects nerve cells in the brain and the spinal cord. Motor neurons progressively degenerate and die so that the brain can no longer initiate and control muscle movement. Patients in the later stages of the disease may become totally paralyzed. There are approximately 140,000 new cases diagnosed worldwide each year.